For a quarter century, Janet’s teaching, research and community service have focused on equity issues in housing planning and policy. Her research and outreach activities were regularly conducted in partnership with community organizations and policy stakeholders through the Voorhees Center at UIC.

Her work involved issues that range from the transformation of public housing projects throughout the U.S. and the expansion of housing options for people with disabilities to the relationship between housing and health, and community-driven strategies to keep housing costs affordable.

“Janet pressed us all to do better and relentlessly focused on making the world a better place for everyone. Our students, alumni, friends, and colleagues are richer in knowledge and justice because of her,” he said.

The impact of her work earned Janet several honors, including the Urban Affairs Association’s 2020 Marilyn J. Gittell Activist Scholar Award for her “truly outstanding … contributions and commitment to activist-scholarship.”

Yittayih Zelalem, Janet’s co-director at the Voorhees Center, said her energy, enthusiasm and determination was inspiring to all who worked with her.

“Janet was a relentless advocate for justice and fairness with deep knowledge of community development and affordable housing. Her conviction for the protection of the rights of the disenfranchised among us was unparalleled; she was an inspiration to us and to our partners,” he said.

Since joining UIC in August 1997, she served as a mentor to numerous doctoral and graduate students who have gone on to work for community organizations and in the public and private sectors and the academy.

Janet received her bachelor’s and master’s degrees at UIUC before earning a Ph.D. at Cleveland State University.

She is survived by her husband, James.

Dr. Smith was a leader both in and outside of the Military Economic Development Committee (MEDC), bringing advocacy, care and tenacity to the work. Many of us were lucky to serve alongside her, and I am honored to have had the opportunity to get to know her better through the Committee.

My condolences at this sad time of great loss. Co-Director Smith is responsible for many of the wonderful accomplishments of the Center — my parents would be enormously proud of her tremendous contributions.

Janet was such an earnest and capable person, driven by her care for others, and she achieved so much.  We are ever grateful for her work in making the NPV Center the excellent institution that it has become.
-Scott Voorhees, Son of Alan and Nathalie P. Voorhees

This is such a loss to everyone who was ever in contact with Janet. As the first director of the Voorhees Center, I was so delighted to see all the great work Janet accomplished over the years.

I always looked forward to hearing from Janet about the good work continuing at the Voorhees Center.  Janet was such a fun and endearing person.

Janet was one of the best people out there, and truly a light to everyone in our field. I do not quite know what we will do without her.  She is an irreplaceable inspiration and has been a driving energy for the truth and the meanings of that truth for the lives of people too few of us think about, let alone care about.

Janet left a thousand points of light in her wake, because you could not work even briefly with Janet without being lit on fire to some extent by her clarity of sight and heart.

This hurts! She was a beautiful soul!

I considered Janet a friend. This loss stings.

Last night and again this morning I had a good cry along with smiles thinking about Janet, who was one of my very favorite people in the world. She was a dear colleague, collaborator and strong advocate for the people and their communities. We so enjoyed “making trouble” together in defense of poor underserved communities.

It goes without saying that Janet’s legacy runs deep in Chicago. My course, UP 479, Community Engagement in Planning, is in its way an homage to Janet. So while I feel her loss keenly, I also have her with my students and me every time I teach that class.

Even on Zoom meetings, I could feel her enthusiasm.

Janet was more than a colleague; she was a friend to the many lives she touched. Always thoughtful, insightful and supportive. I am thankful to have worked closely with Janet on several projects.  She was an inspiration.

Janet was a wonderful bright and vibrant person. She was always a joy in our zoom meetings.

I have a heavy heart and cherished memories. Janet and I enjoyed some wonderful conversations. We had fun debating the issues and solving world problems. She shed the light and valuable insights to make the world a better place!

A terrible loss for so many family, friends and colleagues. May her memory be a blessing to the many she touched.

Janet assisted us several times during the years. Her desire to work with public housing residents as partners was beyond any words that I have right now. She gave them hope and empathy, especially during the CHA Plan for Transformation.

We always looked up to Janet. She was very smart and fair with her Win-Win personality. She will be missed by all of us here at the Central Advisory Council.

Janet is an incredible inspiration and the past few years, I have been deeply grateful to have her as a mentor and friend.

I am so sorry for the loss of a great friend, Jim’s loss of his soulmate and UIC’s loss of a wonderful leader, professor and mentor. Since meeting her twenty years ago at Great Cities, she maintained an influential role and was a good friend.

Janet and I worked together on a number of projects on the far South Side, as well as food justice related projects through the Chicago Food Policy Action Council and other groups. Our center at Chicago State (the Neighborhood Assistance Center) was patterned after Voorhees, and Janet was a great mentor and just someone to talk to in general about projects. Janet truly helped make Chicago, and CUPPA, a better place. She was a great colleague and mentor.

Janet was such a wonderful person to know and work with. It is so sad to lose such a beautiful person.

I had such a wonderful time working with Janet.
-Dan Persky, University of Chicago

Janet was well known for her work to many of us. May she help guide us out of these dark times, and may she remain an inspiration for people who want to lead a life of service to others.

Janet was truly a special person with such a fierce commitment to equity in housing. We worked together closely on a HUD-funded study of the CHA’s Plan for Transformation in the late 1990s. It was a very contentious atmosphere to undertake research and we often felt under siege; I really got to know and respect her through that work.

In a very personal manner, I deeply feel the loss of a dear younger colleague and friend.  While apart in age, we shared views on the mission of the profession of planning, embraced social and ethical values, and believed in the essence of what CUPPA should be and thus stand for

Janet’s collaboration on our education projects was invaluable. The Data and Democracy project that we concocted together was crucial in reshaping the narrative on school closings in Chicago and the relationship to gentrification and urban development.

Janet & I started together at UIC 26 years ago and have collaborated on so many projects together since then. I always thought, “I want to be just like her” with her incredible energy, passion, caring of other people, and understanding of social issues. She has been a great friend.

I saw Janet last at the beginning of the holidays; she continued to be full of energy and always upbeat. We went on a walk just after Thanksgiving and bumped into somebody she knew from the gym. She talked about starting weight training again!

Janet was a relentless advocate for justice and fairness with deep knowledge of community development and affordable housing. Her passion and conviction for the protection of the rights of the disenfranchised was unparalleled; she was a shining example to her colleagues, and an incredible resource to our partners. Her energy, enthusiasm and determination was inspirational to all who worked with her.

Janet was an incredible boss, mentor, and friend who has left behind quite a legacy. Hers was truly a life well lived.

I will always remember Janet with a lot of love. She was very kind and supportive.

Like everyone she partnered and collaborated with, Janet left a big impact on me. Her loss leaves a hole that is irreplaceable.

Janet was brilliant and I feel so lucky to have known her.

Janet was an amazing mentor, leader, and overall human being. She was a special person to me and so many others. We were lucky to have known and worked with her.

Janet was so passionate and warm, and I feel lucky to have worked with her. She led with kindness and compassion in everything she did. She will continue to inspire those she touched, myself included.

Janet was so kind, passionate, and brilliant. She took an interest in my education and career from day one and helped me plan for my future. She is one of the most inspiring people I have ever met and I feel so lucky to have worked with her.

Janet was an inspiration to many others and me.

I, like countless others, am greatly impacted by the passing of Janet and am immediately brought to extreme gratitude for her life and her investment in mine. 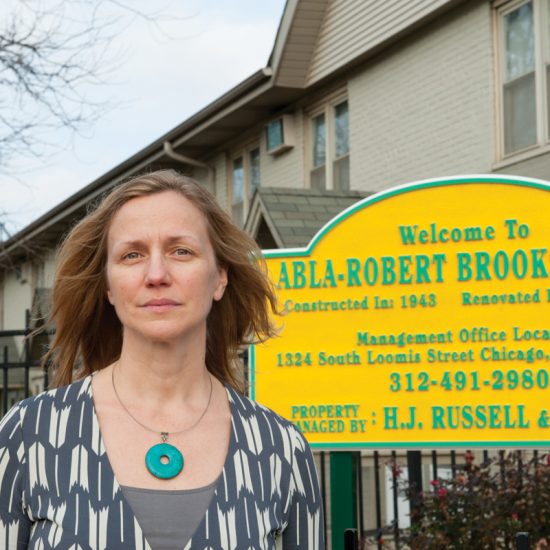