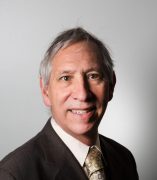 Professor David Merriman is interested in helping state and local governments develop fairer and more efficient mechanisms to raise revenue and implement public policy. In one recent study he used littered cigarette packs to measure the degree to which Chicago smokers avoid cigarette taxes. He has been heavily involved with property tax reform in Cook county and has published some of his research on this issue in the National Tax Journal in 2007. He has written numerous articles on flaws in the design and implementation of tax increment financing—an economic development tool originally designed to aid blighted communities—and has published them in the Journal of Urban Economics, Urban Studies, Regional Science and Urban Economics, and State Tax Notes. He has published a study showing that the federal-state tug-of war over Medicaid may result in the expansion of health care spending in Public Finance Review. He is a frequent advisor to policymakers, holds a joint appointment with the U of I’s Institute of Government and Public Affairs, and has testified before the Illinois legislature. He is frequently quoted in local news media.

Funded by the University of Chicago, School District pension reform as a cut in state school aid, Primary investigator

funded by various groups through the Research Foundation of The City University of New York, Task Force on State Budget Crisis, Primary Investigator

funded by US National Cancer Institute, Monitoring and Assessing the Impact of Tax and Price Policies on US Tobacco Use, Co-investigator

“Is Federal Academic Research and Development Subsidy a Complement or Substitute for State Funding? Public Finance and Management” with Yonghong Wu (2017) vol 17(1):26-47.

“What happened to Illinois’ Economy following the January 2011 Tax Increases? A Midwestern Comparison” with Andrew Crosby 2016 Journal of Regional Analysis and Policy JRAP 46(1): 39-51.

2. “What Determines the Level of Local Business Property Taxes?” Presented at the 72nd Annual Congress of the International Institute of Public Finance August 10, 2016, Lake Tahoe, Nevada.

3. “Do local governments use business tax incentives to compensate for high business property taxes? Theory and evidence” presented at the National Tax Association 109th Annual Conference on Taxation November 10, 2016 Baltimore, Maryland. (paper is co-authored with Joshua Drucker, Richard Funderburg, and Rachel Weber and was presented by co-authors at several other conferences).

4. “Relative tax rates, proximity and cigarette tax noncompliance: Evidence from a national sample of littered cigarette packs” invited talk at the School of Public and Environmental Affairs, Indiana University, Purdue University, Indianapolis January 11, 2017 (paper is co-authored with Shu Wang and Frank Chaloupka).
This paper was also presented at an invited talk to the Department of Public Policy at the University of Connecticut in Hartford, Connecticut on February 22, 2017.
The paper was also presented at the Midwest Economics Association in Cincinnati, Ohio on March 31, 2017.